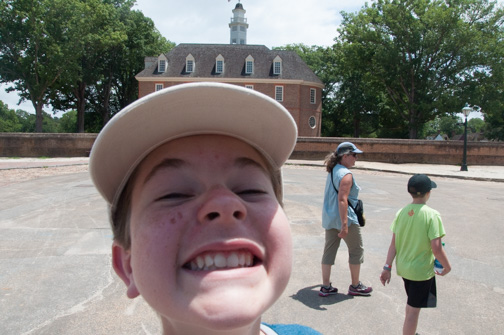 June 28, 2918 We spent the whole day exploring Williamsburg. It was partially cloudy, in the upper 80’s, so the temperatures mostly cooperated in our trek across theaters of rebuilt colonial homes, shops, taverns and state-houses. 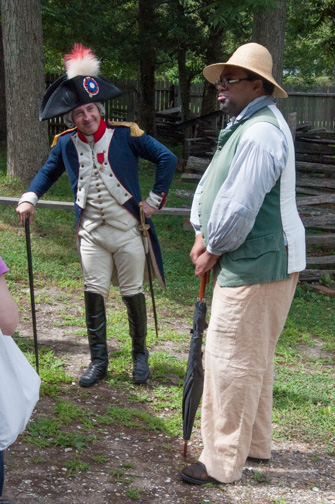 They weren’t preserved as much as rebuilt, but they still conveyed the feel and essence of what is America’s oldest colonial town, as well as the history of the country at a particular time. (The information that Mom gave us states that 88 structures were original, and over 300 were reconstructed). 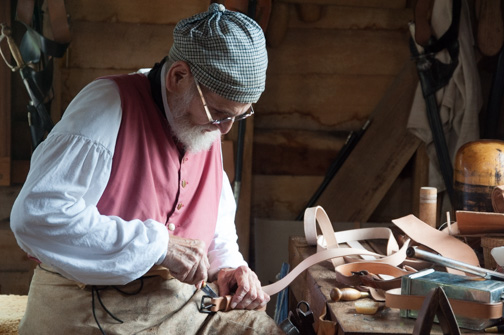 There were lots of folks in costume. The kids called it ‘Disneyland for Dad’ which is amusing. We checked out various ‘trade’ houses, including a blacksmiths, silver smith, leather shop, tin smith, sewing shop, and toured several old houses including the Peyton Randolph house and the Raleigh Tavern (where we got some munchies). We also looked into the courthouse and the ’magazine’ where they stored rifles. 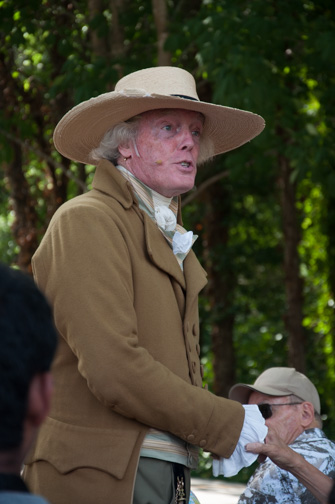 The highlight for me was a theatrical performance given in a shaded amphitheater; an actor, impersonating Thomas Jefferson, gave a long, impassioned speech about his idea of “Freedom For” religion. He evoked the real Thomas Jefferson and had great oratory skills. I’m not sure if it was extemporaneous or practiced, but it was very professionally done, and conveyed Jefferson’s fervor for wanting to make sure peoples’ divergent religious beliefs were not ignored or trampled upon. 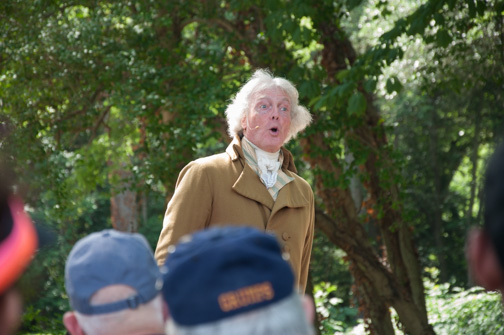 At the end, he concluded by inviting a young boy to come up from the audience, whereupon he asked him 'if the pen were mightier than the sword', and when the boy answered ‘pen’ he procured a quill from his pocket and gave it to him. He also kept strictly in character. Some gal asked him “how he would deal with terrorism today” and he made a veiled reference to “Fake News”. I actually recorded his whole speech. 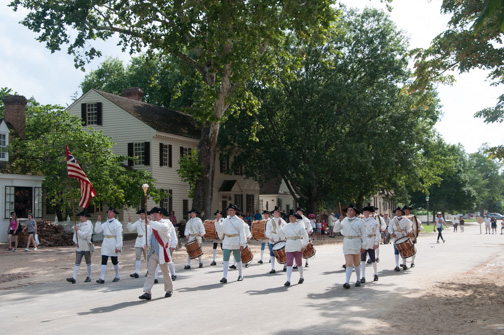 Along the street afterwards, we saw the ‘fifes and drums’ marching band as they rhythmically made their way down the main street of Williamsburg, concluding with a march around the village green and the local church, which was fun to watch. 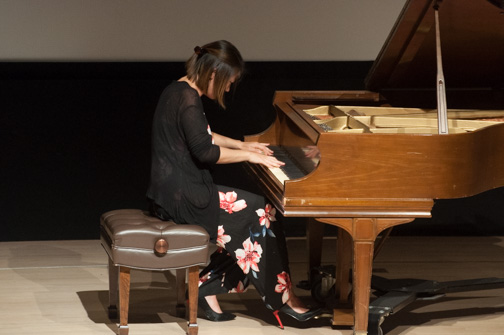 We had a two-hour wait before our dinner reservation at the ‘Shields Tavern’, so we checked out a piano performance in the art museum by Susan Lee, who is a professional musician and teacher. She played a collection of paired pieces, mostly preludes and other pieces joined thematically, starting with Bach’s prelude in C major, which I am trying to learn right now! I loved it, but it was very cerebral, and I could tell the rest of the family was mostly suffering through it. 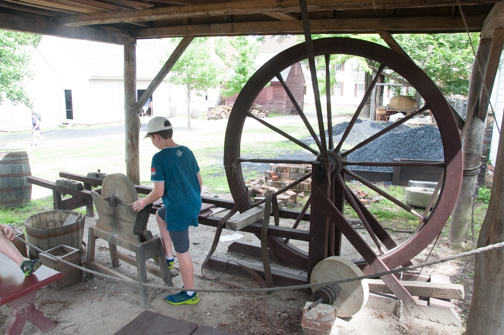 When we exited this performance - which was just over an hour long - we were met by another outdoor concert in full swing, a more modern jam-type of a band. What a contrast! It was more crowded than Susan’s performance. So, unexpectedly at Williamsburg, we experienced three back-to-back musical events: period marching band, solo piano performance, and jam band. 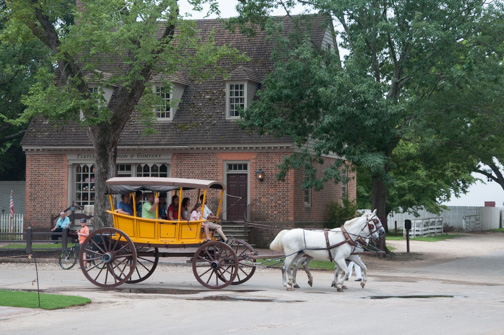 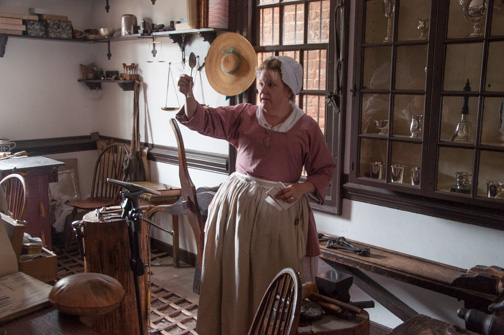 jefferson tells us
that freedom for religion
is primary goal 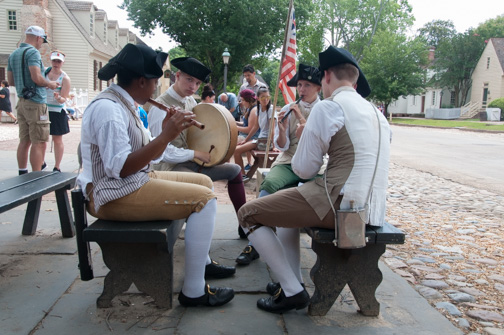 your portrait, hanging
means that you are a hot-shot
top social status 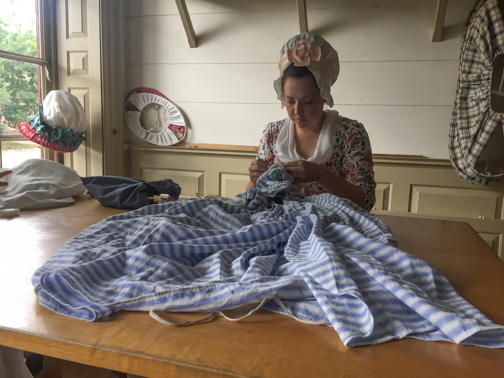 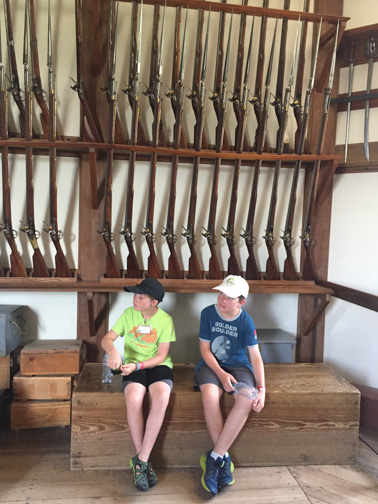 magazine for arms
in octagonal building
grinds us to a halt 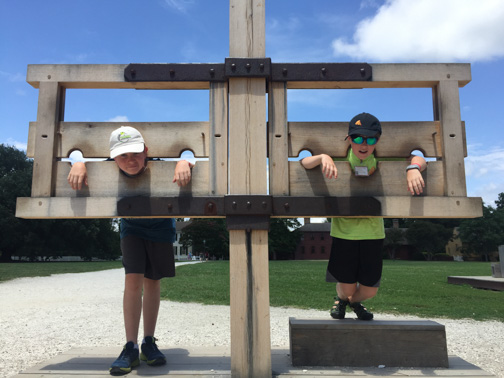 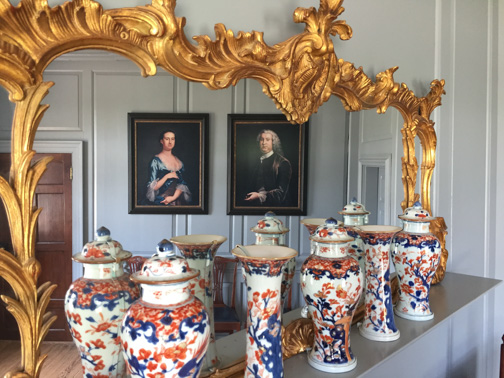 Randal Peyton house
finery of a burgess
on display for all 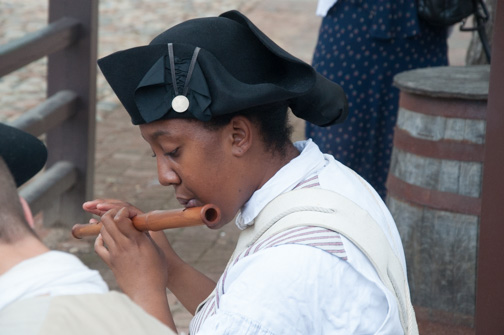 silversmith workshop
cozy place to make a spoon
and be creative 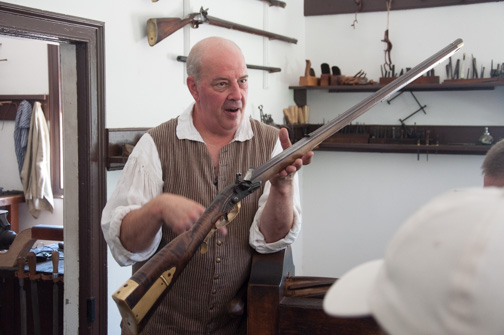 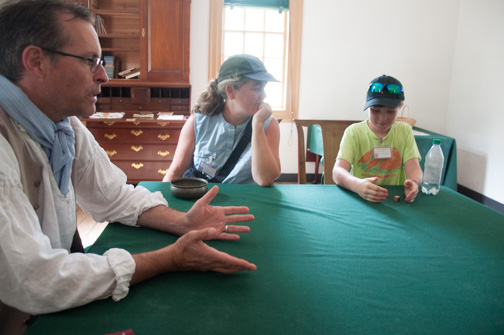 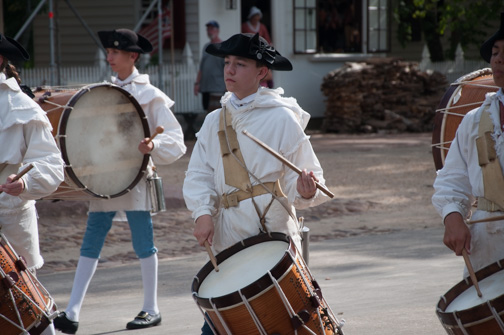 would you like a shoe
or perhaps a leather belt?
we can make them here 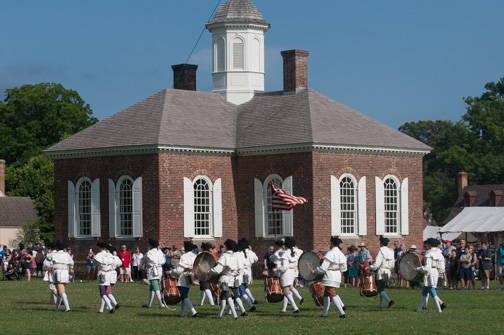 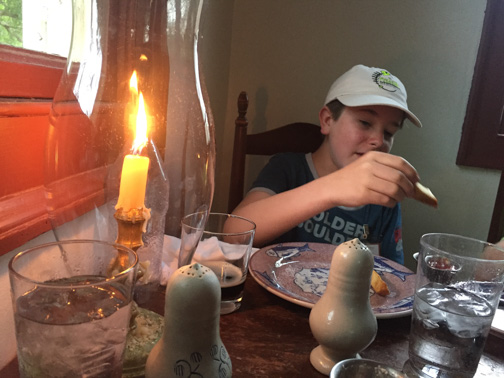 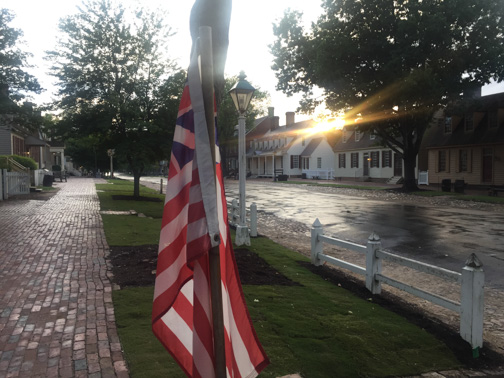