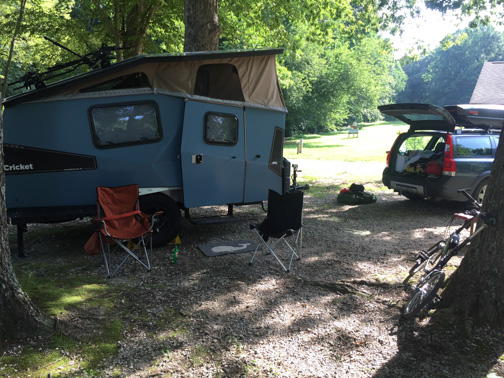 June 30 2018 Ended up being a pretty good day on account of the diverse explorations we had, and the fairly mellow journey to Charlottesville. It took us awhile to get out of the Williamsburg KOA but we were finally on the road by about 10 am and pointed the car towards Yorktown, where we realized we could still visit with the tickets purchased the day before. 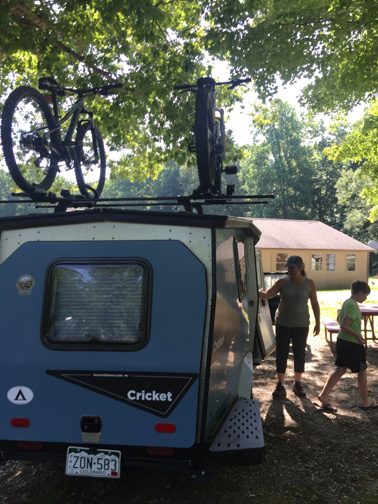 I am glad we took the time to watch the 16-minute movie of historical background as well as do half of the fairly extensive driving tour, directing us past areas of skirmish and fortification and supply with red arrows down much smaller roads that I had to take care in traversing due to a lot of tree limbs hanging down. 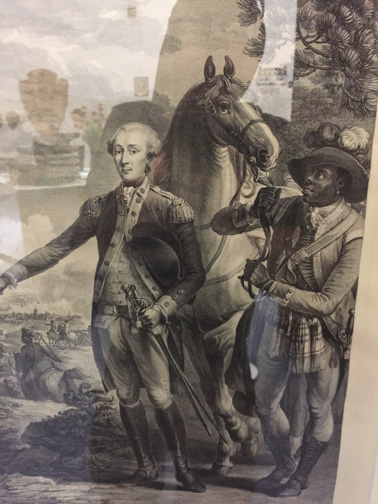 It was good to just be there and know that such history had transpired on those pleasant grassy knolls; that alone give context for any future historical reading and understanding. I am actually reading a book about George Washington right now called “His excellency” by Joseph Ellis and so it’s very fitting to be getting more of his story while we travel through Virginia. 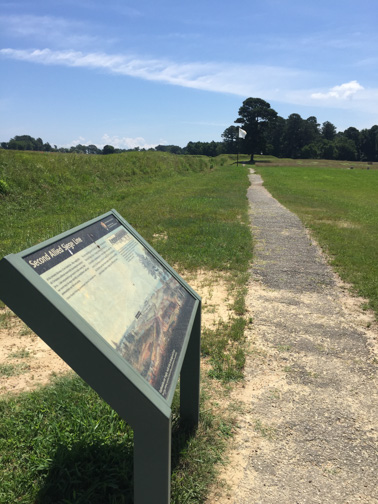 Anyway, at one moment we decided we were done with the driving tour since it was going to take another 45 minutes, but we were already part-way down a one-way road with no turn-around, so we tried to take this other road out to the highway but the gate was blocked, so we just four-wheeled it around this area with tall grasses, successfully making it out without having to detach the Cricket, which I was imagining we might need to do. 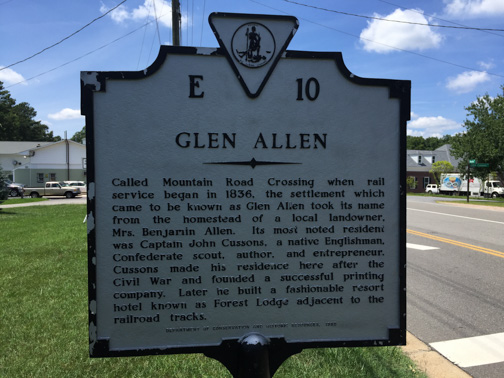 From here we though we might get lunch in Yorktown but there seemed to be nowhere to park, so we carried on up the highway to Charlottesville. Paige typed in “grocery stores near me” once protests about hunger from the back seat started to ramp up; and we pulled into this little store in Glen Allen, VA, initially being disappointed. Well, Paige was disappointed, since it was not a large-scale grocery store where we could get all the supplies we needed, but after wandering around it it a little we realized they served lunches at a few tables near the windows. 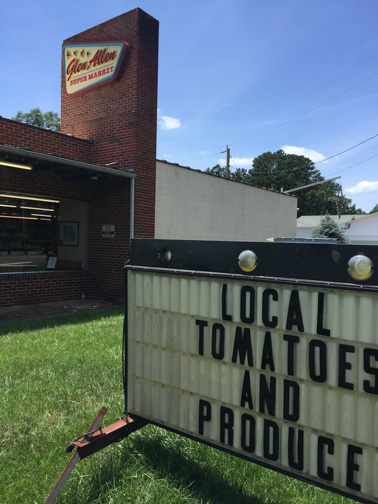 Even though it was 2pm, the end of their lunch time, they invited us to stay; so we sat and ordered fairly basic crap and the cashier, a gentleman in his 60’s wearing a “Glen Allen” baseball cap, took a liking to us, as he came over several times to talk to us. 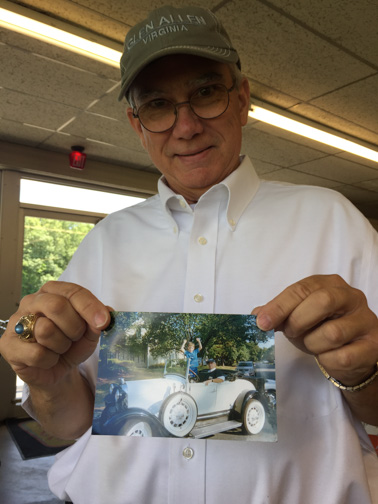 These locals seemed excited we had stopped there, and even showed ‘the boys’ a picture of the owner driving a rebuilt old car. The grocery store was apparently built in 1929, and it looked it. The guy said, “we get a lot of competition from the Dollar General across the road, they give away free sodas - but we’re still here!” A few other people talked to us, including a towering African American woman who looked at my cheese quesadilla and decided to order the same. 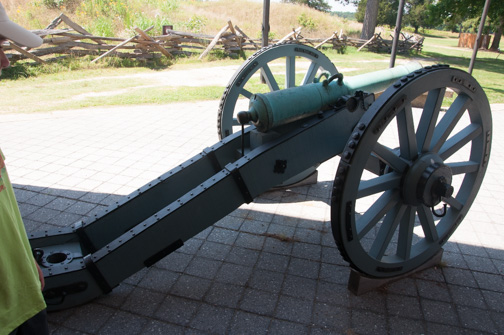 It was only another hour from here to the Charlottesville KOA and it’s a fairly mellow, clean place. I wrote a lot of haiku about Jamestowne on the drive. We kept driving past the scene of our flat tire explosion, as the roads we have to take to get hither and yon all seem to lead down that one. 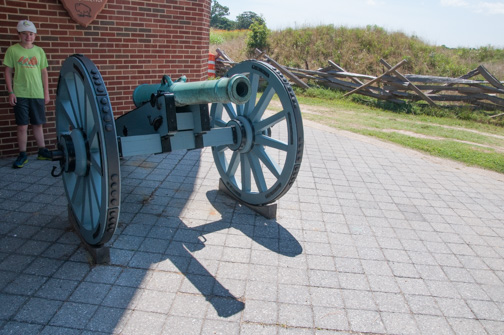 I had a terrible night Friday night- I think the coffee that I drank at the Kroeger store we ended up getting groceries at contributed to a more amped-up feeling, and as a result I slept extremely poorly, also being bothered by the A/C which seemed to be drilling holes in my skull, leaving my ears reverberating. I was up around 2:40, wondering if I should try to set up the tent. It made a rather challenging day at Monticello. 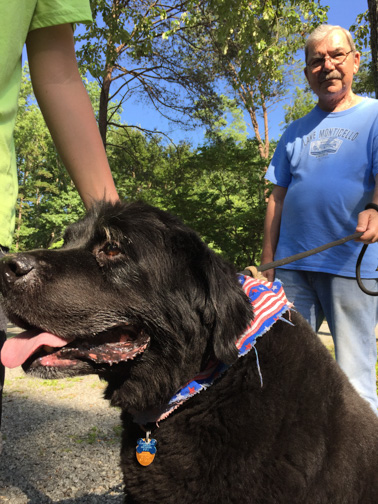