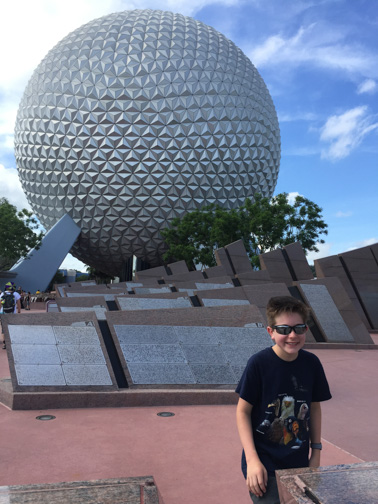 My feet are tired and once again I did not sleep that well, but at least I am no longer feverish, which is great, considering the energy it took to navigate EPCOT yesterday with the family, who started wilting around noon after we had stood in nearly hour-long lines twice and slipped onto another ride (a simulation of a Martian space flight) then began to walk around Epcot’s massive lake in search of refreshments; unfortunately the refreshment I wanted, a stout from a facsimile of a pub in Great Britain, was located more than halfway around the lake, and it got quite hot and muggy, so I was accused of leading my family on an enforced march to get this particular refreshment, which was notable in that it cost almost $10/beer. 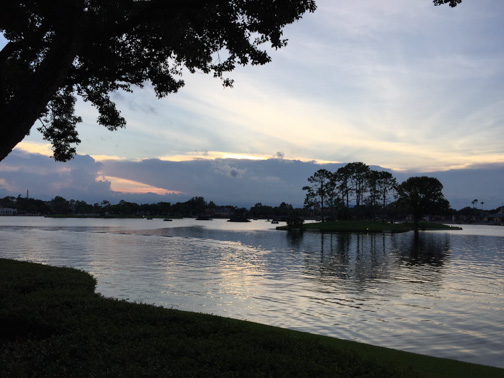 Bay Lake, adjacent to Fort Wilderness campground. We had to take a boat to get to Epcot.

The first ride we did was in the large sphere that dominates Epcot’s skyline; the wait was 50+ minutes, which was nuts, but as Paige said, one had to “be Zen about it”. It is so weird to be shuffling past people of all nationalities, shapes and sizes, for an experience that - while fairly cool - lasted only about 20 minutes and attempted to do two things - take one on a journey about humanities ascent into technology, the path we have taken from our earliest efforts at communicating with others, to cave art, to the spread of ideas for writing using papyrus in Egypt, on up to the present day, including a nod to Steve Jobs and Steve Wozniak of Apple, showing recreations of themlaboring away on personal computers in Cupertino, California. The ride also got personal, in that screenshots of each of us were taken which where then used in a video questionnaire we had to fill out, giving us the chance to envision what was important in the future. The end result looked a little dated.

The best exhibit of the day for me was the one called “Soaring” which gave us a simulation of flying through some incredible landscapes, taking us above Mount Everest, over glaciers and waterfalls, across Africa, through Monument Valley, etc. It was over so quickly. Then we did the the ‘Martian flight simulator’ which was fun but had me a bit worried that it might induce some vertigo for me as it employed centrifugal spinning to approximate G-Force, and gave us all a tiny glimpse of what space flight might be like. For that ride, we actually had a fast pass that Paige was able to score. 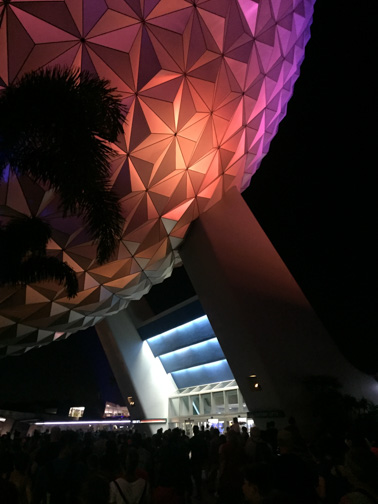 The rest of the rides were sort of silly - like a slow boat ride to a Mexican-themed jungle with Donald duck singing mariachi songs; we saw two ‘surround’ movies about Canada and China that were neat, where the seats moved and water sprayed on us to make it feel like we were really there.

We did one ride that had us trying to simulate and design a sports car; a fast ride followed. Orion loved that one, shouting out that it was the best thing ever. We also saw some Pixar shorts that were good. We stayed through to the evening, aiming to make it through the fireworks display, and this meant finding some reasonably priced food, after striking out with a two for Mexican cantina we opted for Chinese, the fireworks were cool, with a light and fire show to go along with it and a huge globe who’s continents became LED screws with images projected on them. It took two bus rides to get back to the cricket. 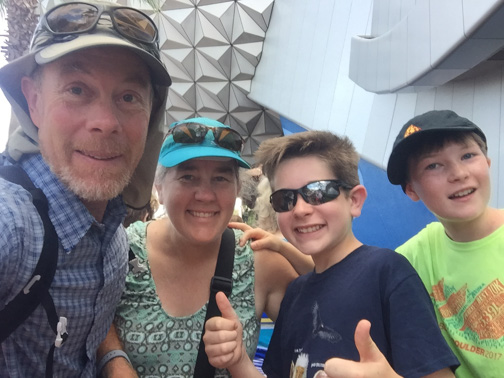 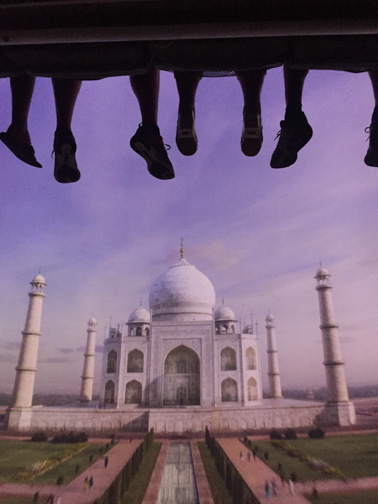 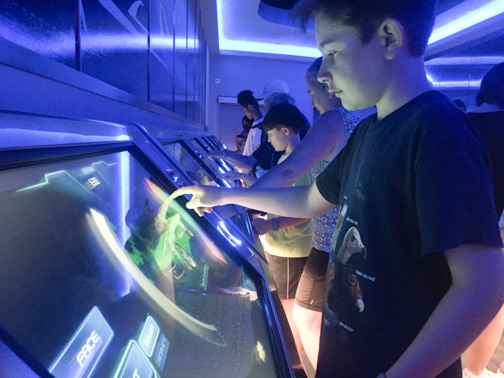 what is authentic
about Disneyworld? only
our experience 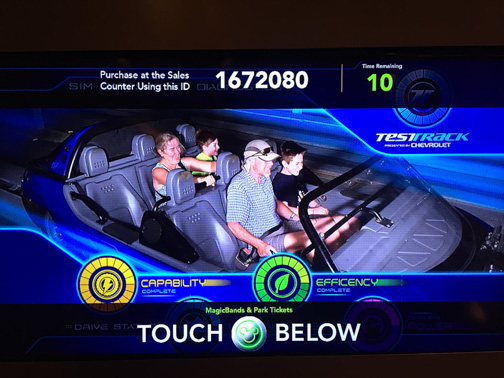 how many more times
will he kiss her forehead?
couple with hormones 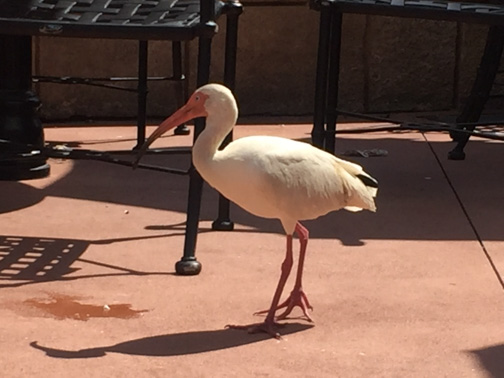 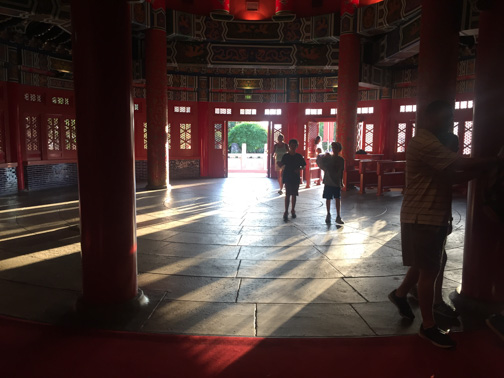 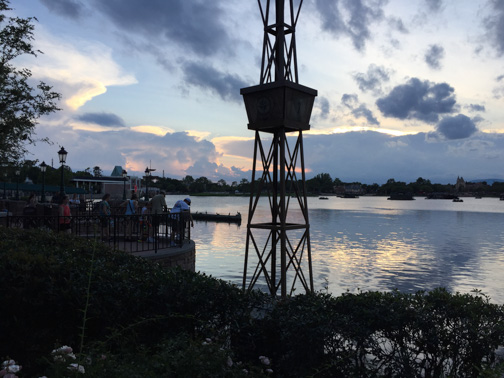 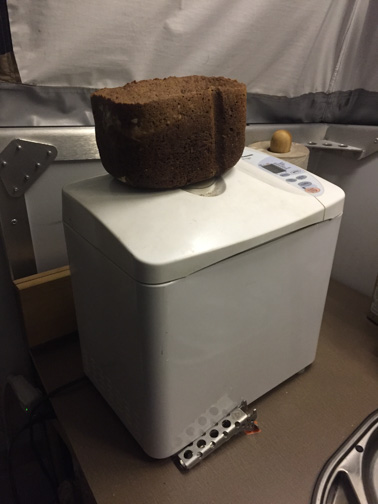 Yes, we brought our bread machine on the Epic Road trip!