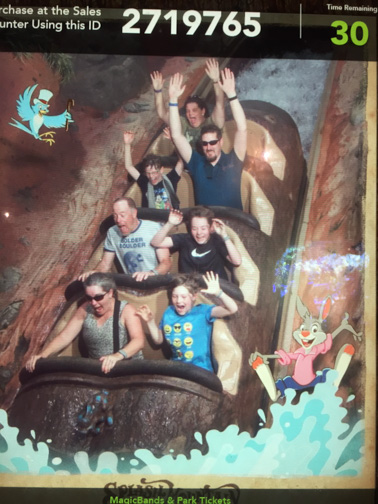 June 20, 2018 I just remembered that it was our 14th anniversary this morning, as I was making the coffee and Paige was trying to find the dryer sheets and her credit card as she went about the business of laundry. Right now she is laughing because she is following some nine-year old on Twitter who pets dogs - as she says, “news, news, news - oh! I pet Opie!” The kids are still in their cots. Orion was complaining because as I made the coffee, I turned off the air conditioner, and he was having none of that. 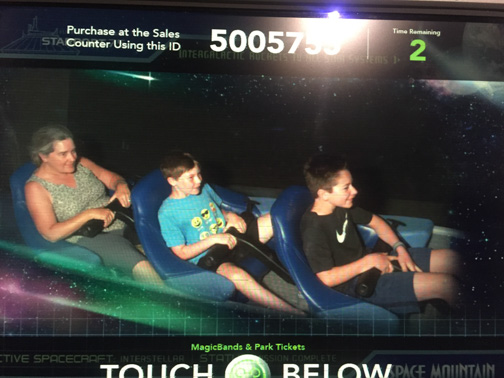 We survived a second day of Disney World, but barely. I should say I barely survived it, because as soon as I got there in the morning I realized it was more or less facsimile of Disneyland in Anaheim, only with more people and more heat. I began to struggle inside to accept the long day’s program which, as my children gently informed me, would conclude with fireworks at 9:30 PM followed by a final ride on Pirates of the Caribbean at 10 PM. (We got a free ‘fast pass’ to do that one again, since when we tried to do it yesterday, one of the brakes had jammed, closing the whole thing down). The kids, of course, wanted to repeat some of their favorite rides from last year in Los Angeles, which are also here: Big Thunder Mountain and Splash Mountain. 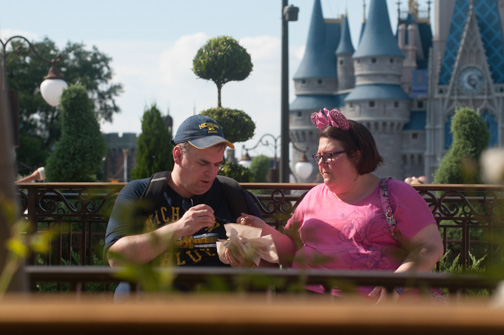 Though the wait for Big Thunder Mountain was epic in its heat and monotony, the ride was exhilarating; and after a short, hot wait for the ferry ride over to Tom Sawyer‘s Island, we got another chance to do Splash Mountain, which concludes with an exhilarating drop into a huge pool of water. 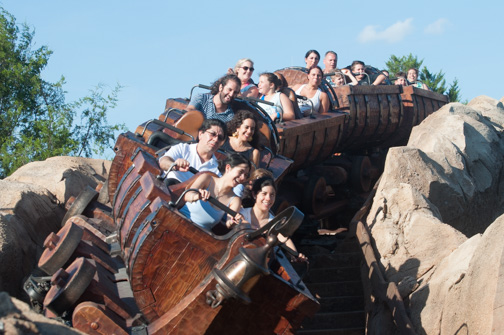 I bailed out on Space Mountain even though I stood in line for a long time, realizing, as we neared the entrance, that the toboggan ride in the dark would probably tweak me. Before I bailed, we enjoyed a comedy show on the Monsters, Inc. laugh floor, which was clever in that it incorporated real-time animation with audience participation, capturing interactions with participants on video and incorporating them into the gags. 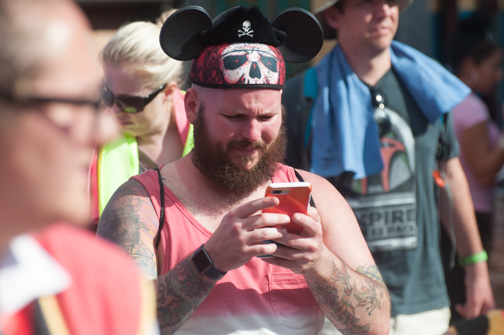 I wandered around in a bit of a daze, first attempting a sketch near Tomorrowland‘s entrance - lame because it was too hot to do a proper sketch - but then got some coffee and chilled out under an umbrella, feeling a bit more inspired to take photos of people. I wandered around for a while trying to find good places from which to take photos. At one moment when I realized I was near the seven dwarfs ride, I looked over at a stopped toboggan and saw my family sitting there: they had spent two hours waiting in line for that ride - ouch. 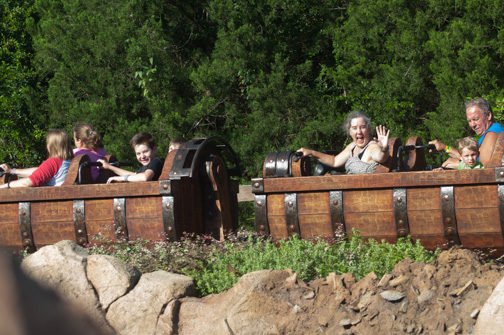 I reunited with the family for a “Haunted Mansion” tour, which was fun, with only about a 40-minute wait. We went to a food place afterwards for dinner, where we had a chance to decompress and listen to screaming children. 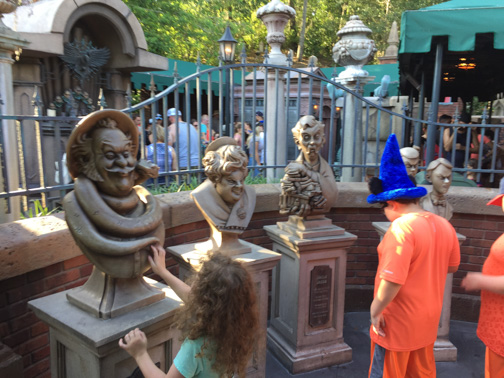 The highlight of the day for me was Walt Disney’s own inspiration, the “Carousel of Progress”, an animatronic concept on a rotating stage that he himself came up with; featuring a family’s household reality in a series of successive decades, each bringing with it changes in the way normal life was lived as time progressed, ending more or less with our present-day reality where smart devices can control appliances with voice commands. The show humorously ended by the family burning the Christmas turkey. 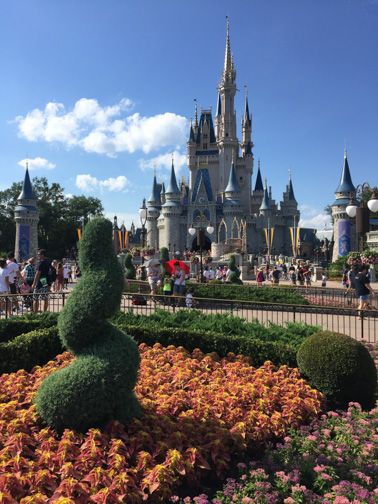 I nearly bailed on the “Astro-Orbiter”, but changed my mind at the last minute as I wanted to share the moment with the family, and I was glad I did; I rode with Orion, and he made it go as high as possible. We shared this experience with a very friendly Hispanic mom and her son of kindergarten age who were exhibiting good energy, so that was fun. 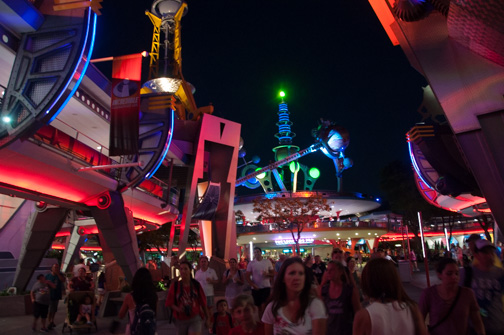 Immediately following the Orbiter we were treated to another magnificent light and fireworks show; the whole Disney castle was lit up with various colors and scenes from Disney movies via projector, while incredible fireworks and lofty-musical themes swept everyone up in the glory of Disneyworld itself, capitalizing on the message of family and striving to be “who you are”, etc. 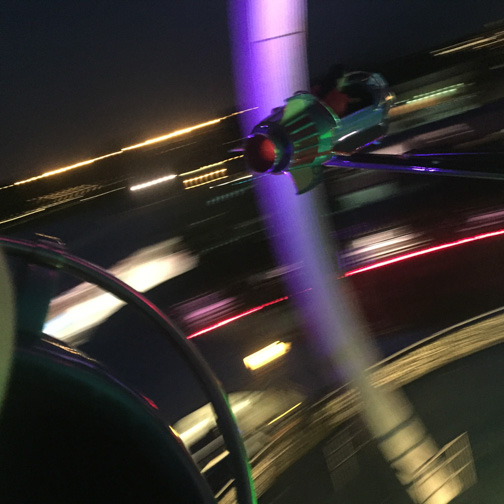 All good, but when it was over, 80,000 people, all striving to be who they were, tried funneling out towards the exits, creating a human traffic jam of truly epic proportions, through which we had to navigate in order to get back to Adventureland to take our final ride, one last pass through “Pirates of the Caribbean”. Finally finished, we hoofed it back to the boat dock, where we got on the boat that took us back to our waiting Cricket deep in the wilds of “Ft. Wilderness”. 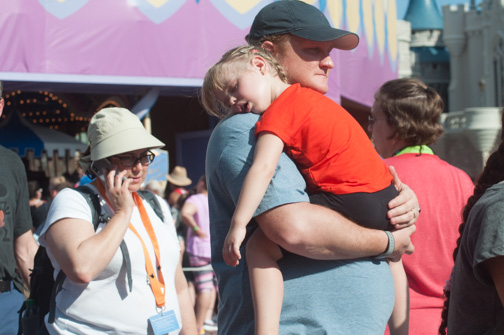 ratio of ride/wait
inversely proportional
to moments of thrill 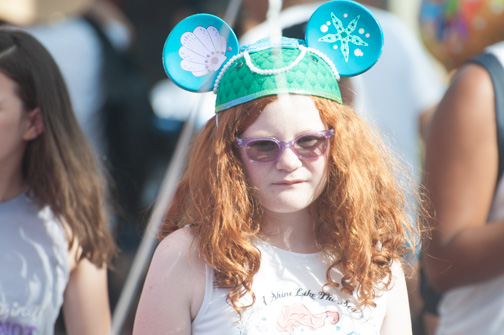 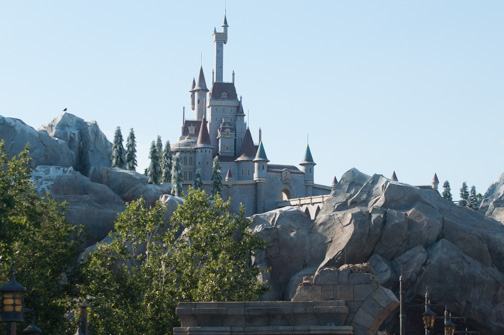 this dad is wilting -
canary in a coal mine:
Big Thunder Mountain 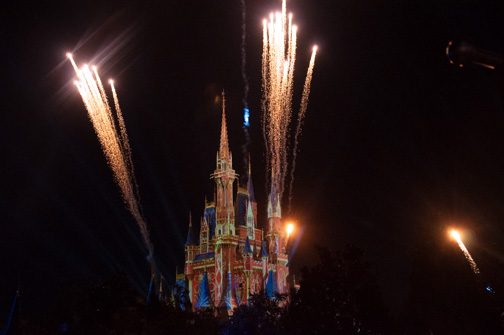 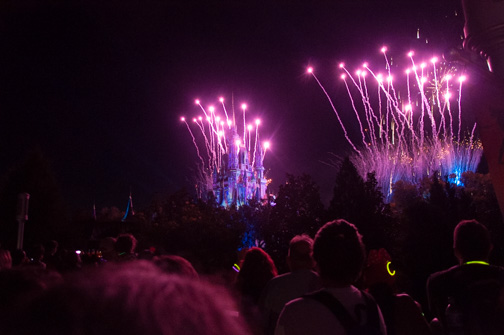 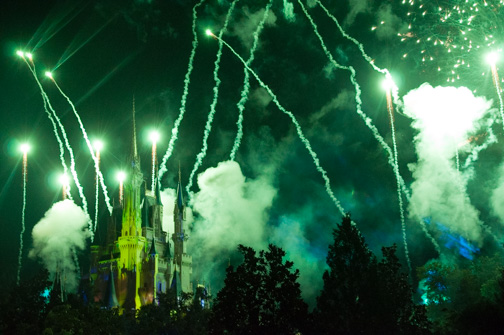 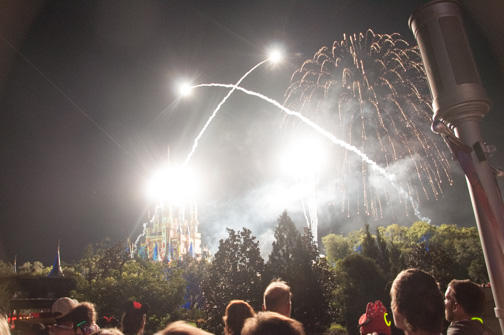