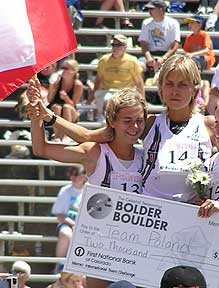 reverse psychology
getting kids enthusiastic
about the last mile 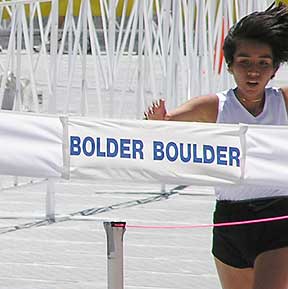 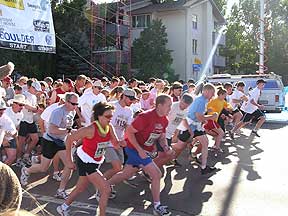 wind from indian peaks
picks up, amplifies
the runners' mantra 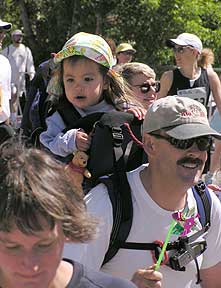 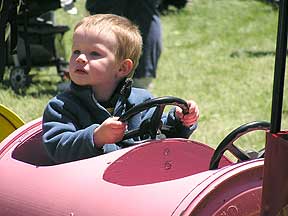 singing silly song
about running
in her dad's bike trailer 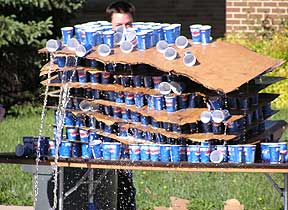 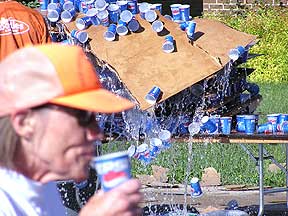 looking lost
in the group madness
of citizen race 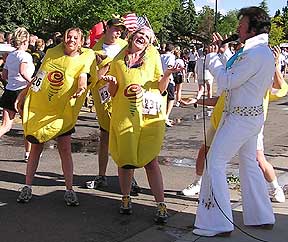 i, too, grab gatorade
then fling cup with abandon
refreshed, ride on 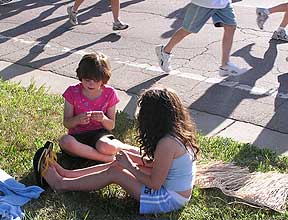 At mile 4 its time
For a time check, left wrists up
What does the watch say?

Corner time tonic
Replete with gin. And an insult
To sweaty runners? 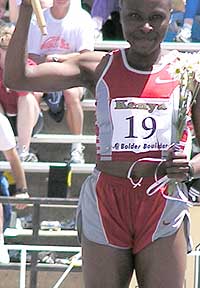 A quiet moment
Only feet pounding the pavement
On the downhill slope. 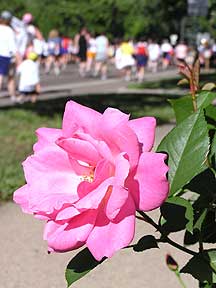 Hidden behind camera
He attempts to expose
Runner passions.

Before mile 2
Faces smile at mile 4
They sweat and groan. 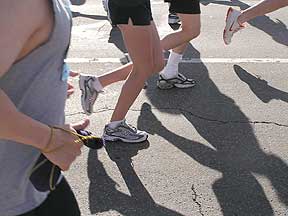 A haiku photo curse -
While opportunities run by,
Battery exhausted. 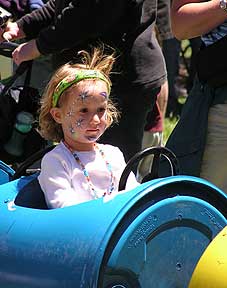 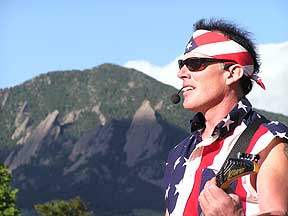 For some homeowners
Along the route their weeds get
More attention. 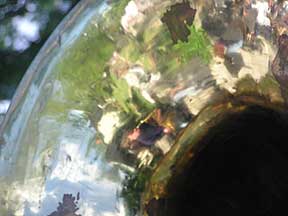 The runners run,
The walkers wait at the
Outhouses. 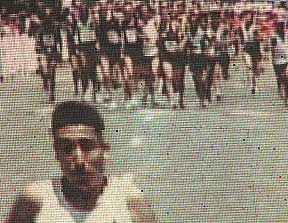 An Elvis look-a-like
Has the voice but he pants harder
Than the runners. 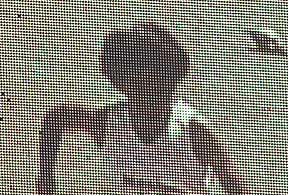 My excitement builds
Before spectating this race
I had no interest. 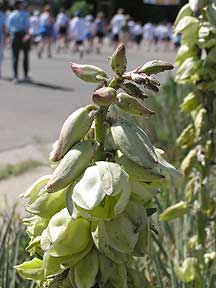 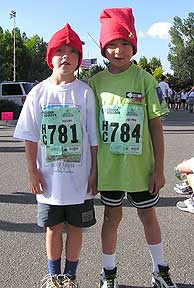 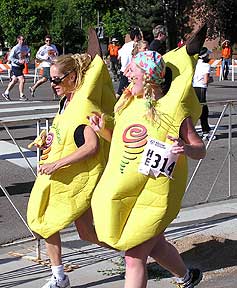 Oh elvis, will you
marry me? she says as she
runs past him and waves 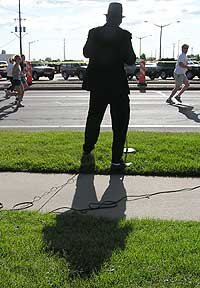 how many times will
jon call sara to get the
boulder boulder haiku? 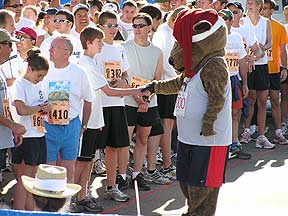 Lost in Her Cell Phone - by Sara 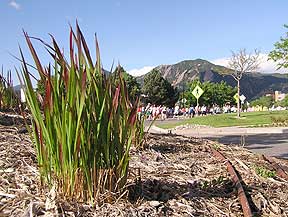 It's a good thing she had her cell phone. The woman stood there in the
middle of the bike path by the university in her running clothes, clutching
her purse in one hand and her cell phone in the other. Hoards of people
buzzed around her going to and from the stadium to view the Boulder
Boulder.
I was unlocking my bike when I heard her speaking loudly into her cell phone
to someone on the other line, "I have no idea where I am. No, I'm somewhere
on a sidewalk and all I see are trees. There are no houses, nothing.....No,
I have no idea where I am." She was walking in circles and It dawned on me
that I could help her because I knew where she was. I walked up to
her and said softly, "I bet I can help you". She told the person on the other line to wait
and asked me if I knew where Colorado was. I assumed she meant the boulevard.
I told her to walk down to the street we could see which I thought was 28th
(but was actually Folsom) and take a right and she would run into it.
She thanked me profusely and went on her way.
I rode on too and crossed under the Folsom bridge. Who should spot me from
above but Jonathan. He was waiting there for a kukai. I was about to ride
on past, not realizing it was near time to meet. I quickly went under the
bridge and came up on the other side but realized I could not cross the road
to get back to where he was because of the race. So I turned around and who
should I hear on her cell phone but the same woman talking frantically, "I
have no idea where I am. I am walking up a bridge and I have no idea where
it is." I rode up to her and said, "OK, this is what to do. Go to the next
underpass like this and that will be 30th street (not realizing that the
next one was really 28th), and take a right. You will run into Colorado.
She said to me, "What are you my guardian angel or something? Thank you so
much." And off she went again. Who knows if she ever found her way, poor
woman? I was trying to be helpful. The moral of the story is: The Boulder
Boulder confuses everyone, raises elvis from the dead, and is a hot topic
among famous haiku poets. 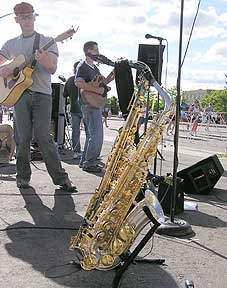